Schools Will Rock You – A Parent Review 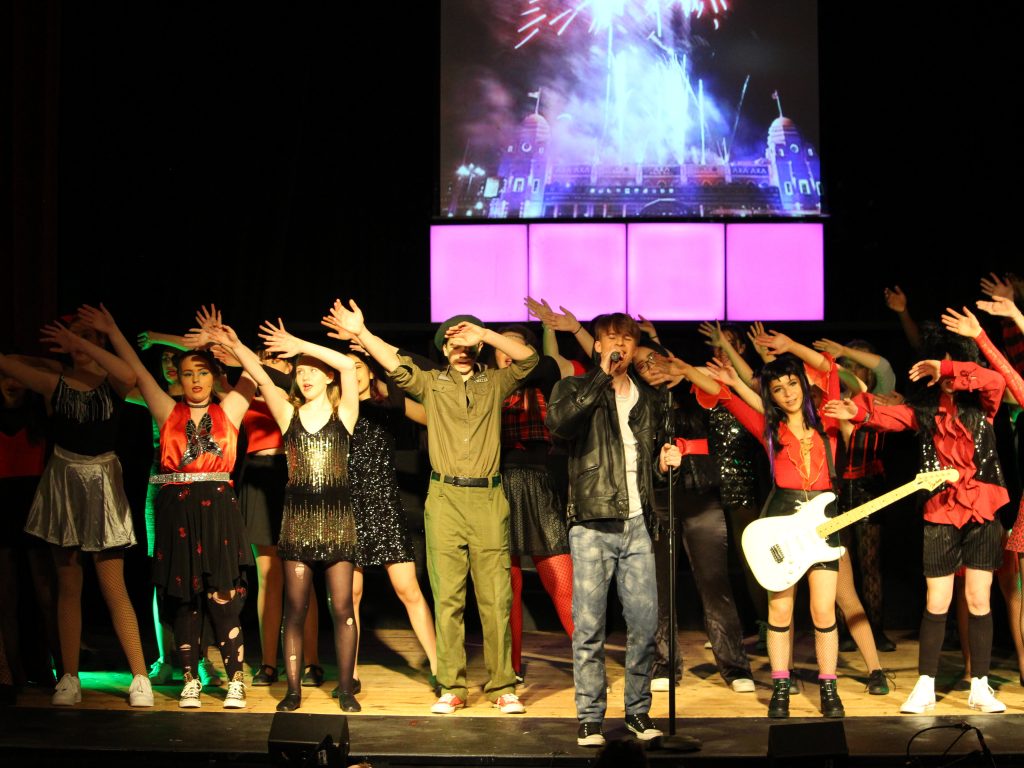 The day arrives, the first performance, the trepidation and the worry in the back of your mind. How will it go? Will it all flow smoothly? Will anyone get stage fright? It gets worse as the day goes on, children in school all day and won’t be seen until they appear on stage. Aaaghh the anguish!! Sheer Heart Attack!

Why do we put ourselves through it? Under Pressure? There was no need to worry and from the first opening scene to the last curtain bow it was just magic…It’s a kind of Magic. The theatre was filled to capacity on every one of the four nights, just like a Night at The Opera. The hard work in rehearsals for months, the long hours, late nights and weekends all worth it. How do they do it? The confidence in young people was amazing and the energy and commitment put adults to shame. The costumes and scenery were perfect backdrops to the story and the song delivery and those so-familiar words from Queen’s back catalogue had the audiences’ feet tapping, hands clapping, mentally singalong-ing and lip-syncing. The enjoyment and excitement brought anticipation of the next familiar song. The performance gave a new appreciation of Queen and the emotions that their songs generate, even now, decades on.

The band were note perfect and included staff and pupils alike. Enthusiasm and vibrant performances from all were a treat especially from Mr Howard on the keyboard leading the way with a true rock band showman performance. Added to that the excellent choreography brought the story to life. Likewise, staff involvement, encouragement and drive was very evident, with many of them clearly enjoying themselves in the gallery , dancing and singing to the songs.

The ethos of the school is about bringing out the best in pupils and not everyone can be a lead role. However, the span of participation and professionalism of pupils from all years, irrespective of the role, was heart-warming and truly impressive. Champions of the World…All!

A big thank you to all involved especially the various PA teams at the bar, musical directors, backstage teams, sound and lighting engineers, makeup, wardrobe, choreographers and of course the wonderful performers. We were certainly rocked.