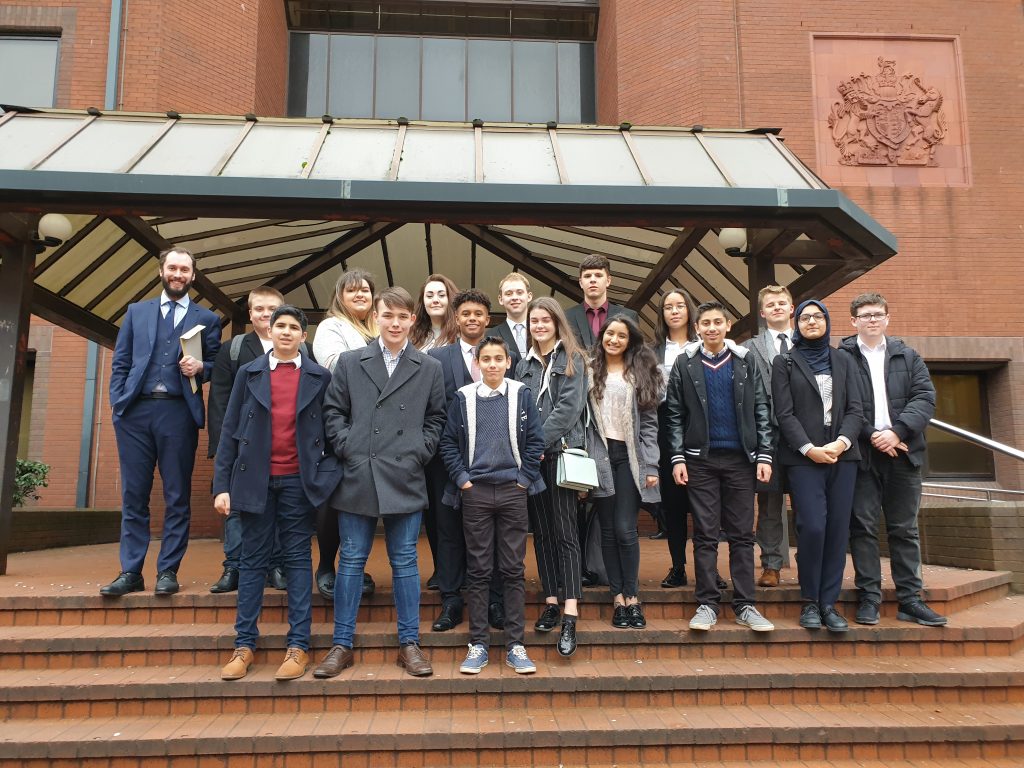 On the 26th January, 15 students from TC went to Birmingham crown court to compete in the Independent schools mock trial competition. Throughout the day, TC took part in 3 cases where we competed against 8 different schools. The team was made up of 4 barristers; 4 witnesses; 1 usher; 1 clerk; and 5 Jury members. The first two cases were tried by our defence team, where we had to prove the defendant acted in self defence against a violent wife with a knife, and the second case was disproving that the defendant waved a gun at two concerned victims. The defence team successfully got the verdict of not guilty, with Cameron Watson being commended on his opening statements and Lawson Billingsley being praised on his cross-examination, and even getting Best Barrister in the court room for their case.

The last case was tried by our prosecution team. This included Maryam Saeed and Jack Pritchard. The prosecution had the hardest job of all, having to prove without a shadow off doubt that the defendant was guilty. However, they managed to pull through receiving a guilty verdict of 9 to 1, in a case that our defence team found guilty. Both members of the prosecution team were praised for there clarity and ability to only display the facts and guide the Jury to the desired verdict. Not only did TC defend against the case, we also prosecuted against it gaining the preferred verdict.

All these cases were over-seen by a judge, who marked our score on how professional we were as a school. This is the second time TC has taken part in the mock trial competition in which we won all our cases last year as well, maintaining TC’s 100% success rate at the competition.