A Christmas Carol by Nathaniel Williams 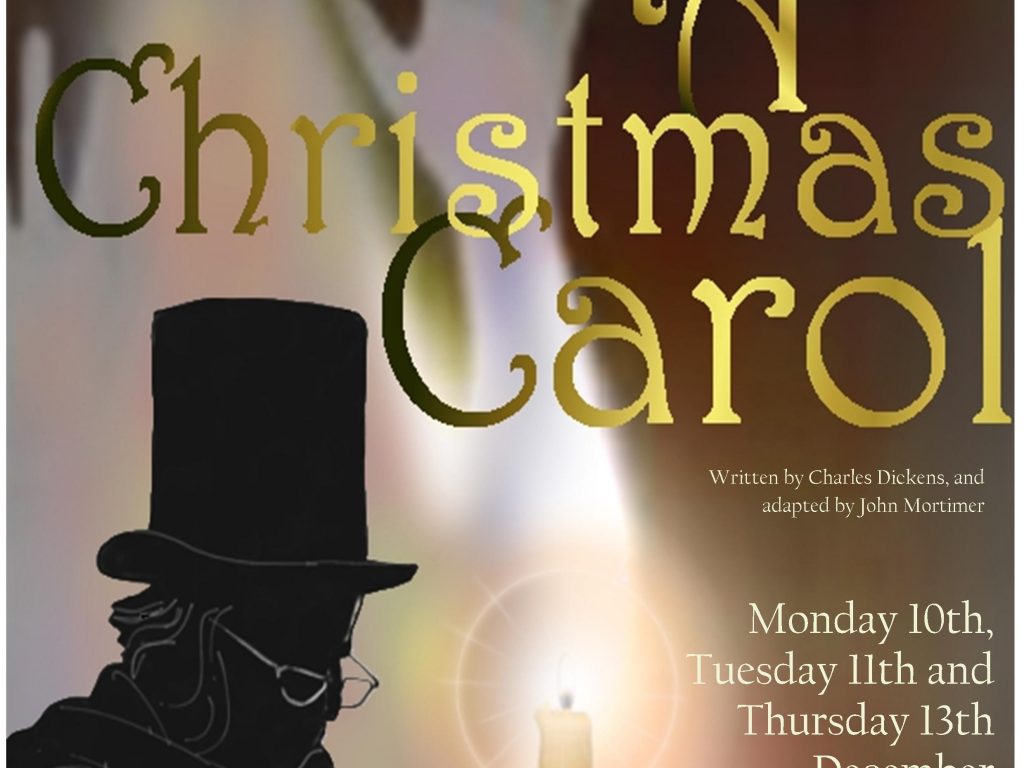 ‘A Christmas Carol’ is a Dickensian classic. The story of Ebenezer Scrooge, a greedy, cold-hearted old man being haunted by his dead partner and three spirits is universally recognised, which makes it a difficult project for any cast, however Tettenhall College’s small cast of around 20 talented actors manages this excellently!

.As the lights first come up on Tettenhall College’s beautiful Victorian theatre, which provides the perfect setting for the play, we are introduced to a choir of carollers, formed by the majority of the cast. Throughout the play they perform rousing renditions of many well-known carols which are sure to have you singing along with the cast!

Ebenezer Scrooge is played by William Fletcher-Taylor, who expertly shows Scrooge’s transformation throughout the play, from selfish and cruel to benevolent and selfless, with a performance of a professional standard. Playing the character of Scrooge requires the ability to portray many contrasting emotions, from anger to sadness to pure joy, and while many actors struggle with this William does it perfectly, providing the audience with a truly mesmerising performance.

Benjamin Hemming plays a myriad of roles throughout the play, yet he masterfully differentiates each character despite the similarities. He presents some of the most powerful sections of the play as the Spirit of Christmas Present, while adding light hearted moments as a caroller and humorous moments as a drunken headmaster – Ben gave a truly stellar performance while also narrating the story. Audience member, Yazmine Shrimpton added: “Some of the students played multiple parts, but it didn’t look like a struggle at all for them as they managed to switch between their different characters without effort, which is something that is rarely asked of young actors. The students did very well to accomplish that.”

This differentiation would not be possible without the outstanding costumes and make-up provided by Ms Mel Uttley and Mrs Heidi Laight – who provided each actor with a costume for their multiple characters. Every costume fitted the era and the style of the play perfectly, and the technical production is just as slick. Our Year 11 lighting crew perfectly captured the mood of every scene with their lighting skill, adding to the talent of the cast.

Mr Paul Bullough’s dedication to his cast and crew as well as his artistic skill as a director has paid off – he has produced a marvellous play that is not to be missed! Tickets are available for Thursday 13th December at 7pm for the closing night of the play! Contact tickets@tettcoll.co.uk to order your tickets and witness a piece of theatre you will never forget!