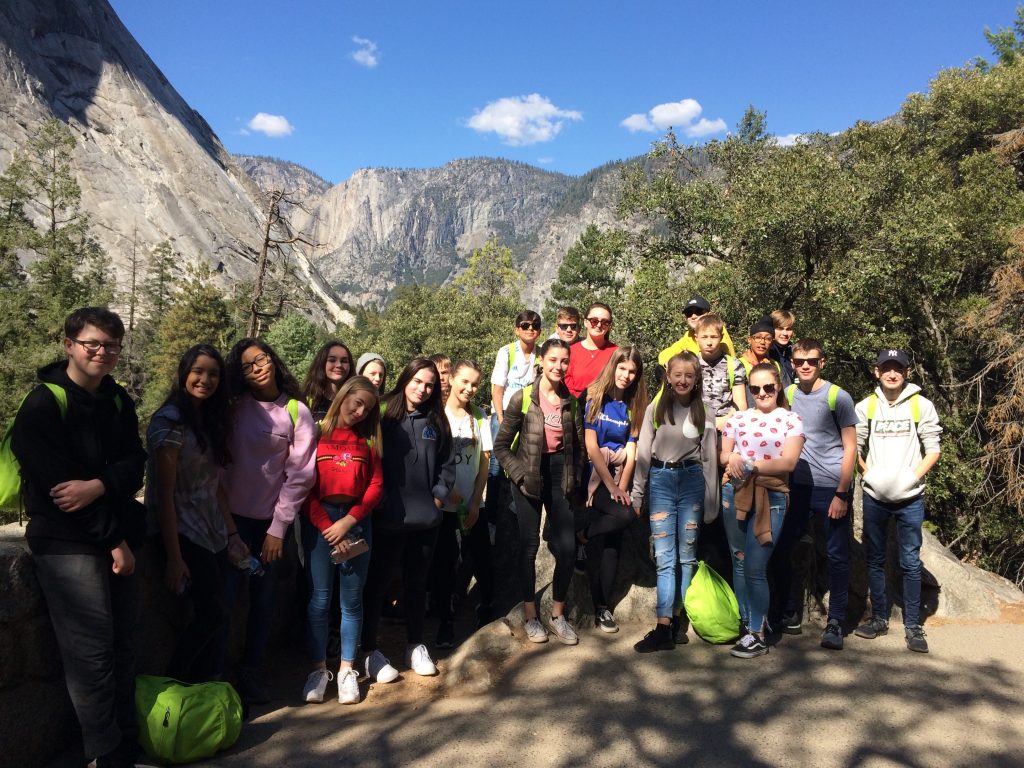 The idea of going on a school trip with your friends to the other side of the world is extremely exciting. The nights before our departure I would stay awake, tossing and turning, envisaging what this trip would involve, however, no amount of imagination could ever conjure up the experiences and memories I now carry with me.

After an incredibly long flight that consisted of three films and broken sleep, we had finally arrived in San Francisco. San Francisco is beautiful. There is so much life in the city and the surroundings are incredible.

Alcatraz was the first place we visited and my personal favourite experience. There is something truly haunting about Alcatraz. Whilst walking through the dull halls and observing the horrifying conditions the prisoners lived in, it scars, yet captivates, you. I had heard stories about Alcatraz, but I never realised just how isolated and spine-chilling the whole island is. In a sense I found it quite emotional, but learning about the prison, the rules, and even attempted escapes was all extremely fascinating.

We were fortunate enough to visit Alcatraz the same day a former prisoner, William G. Baker, revisited. He had written a book on his experience in the prison and was revisiting to meet people and sign their books. It was remarkable to meet him, although I was apprehensive before I met him because I wasn’t fully aware of the crime he had committed. It turns out, he was imprisoned in Alcatraz for counterfeiting, stealing a car and escaping from an Oregon prison, which wasn’t nearly as bad as the thoughts I had in my head. It was a privilege to meet a man who is a member of what he calls “an endangered species, very nearly extinct” in his captivating book, Alcatraz #1259.

Another highlight of the whole trip was Yosemite. It was one of those places that takes your breath away. Its clear waters, spectacular vegetation, and complex mountains that seemed as though they soared up like they wished to challenge the sky itself. I thank Mrs Samra for teaching us all a bit of geography about the surroundings, it really was captivating. Yosemite National Park is 5.9 square miles (15km2), and central to the development of the national park idea. Walking the valley, breathing in the fresh air, and taking in the sights that were beyond description, really made me appreciate just how beautiful the world is.

I felt a similar way about Death Valley. Death Valley is the hottest, driest, and the place of lowest elevation in north America. It is a land of extremes, yet each extreme has a striking contrast. Towering mountains are frosted with winter snow, vast fields of wildflowers and smalls rivers that harbour tiny fish – in spite of its morbid name, a great diversity of life survives in Death Valley. However, learning Death Valley was home to the Timbisha Tribe was the most interesting part of this experience. It’s unbelievable to think such a radical place could be home to someone. Death Valley was stunning, and it was amazing to learn about the life that resides there.

Some places are simply mesmerising. You have to remind yourself this is real because it is truly breath-taking. That is exactly how I felt about Grand-Canyon. Grand-Canyon is picturesque, it’s a natural wonder. Its immense size, diverse, beautiful colours and intricacy in its shape, is a sight to behold. It left me awestruck. In contrast with Alcatraz, I had heard of the “beauty” in Grand-Canyon, but again, such a scenic place is indescribable. Pictures do not do it this spectacular landscape justice.

Looking back to before our departure, I had convinced myself that Six Flags, shopping and Vegas would be the highlights of my trip, however, although they were amazing, the real highlights were the places I assumed would bore me. I have learned so much on this trip and it really has made me see the world in a different light. It was a once in a lifetime experience and I feel so privileged to come back with not only great memories with friends, but with knowledge I never thought I would gain.

I would like to say a huge thank you to all the members of staff that arranged and came on this trip, Mrs Samra, Miss Uttley, and Mr Seston. This trip was one to be remembered for the rest of my life.