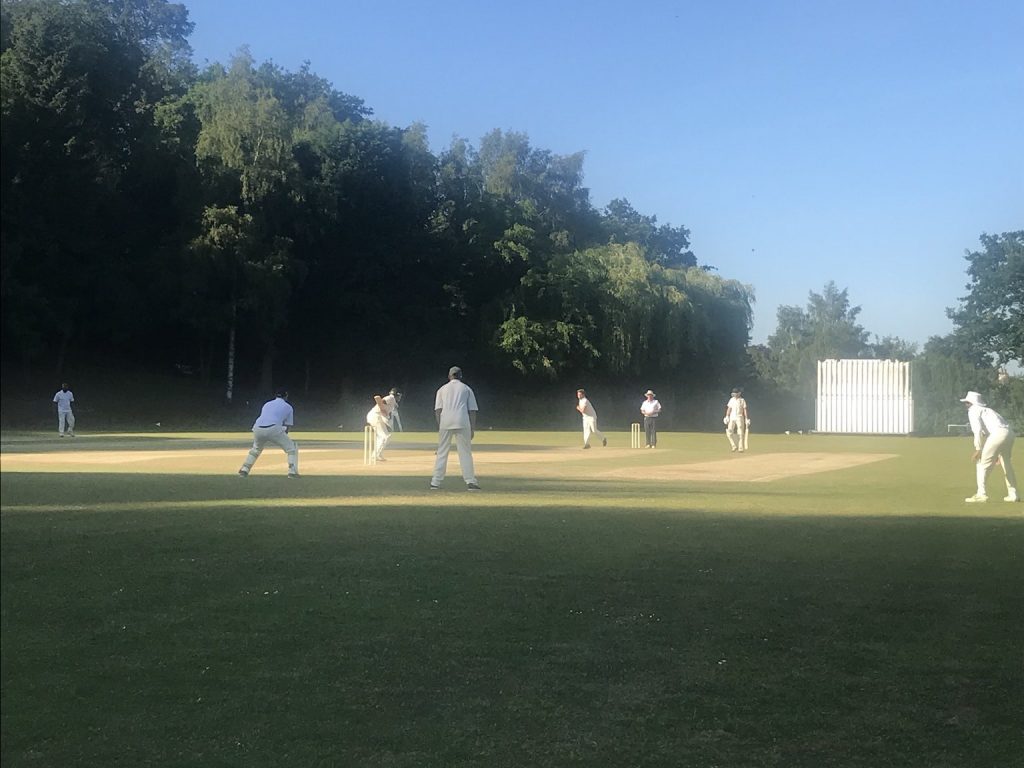 In a day that saw England score 6 in a world cup, 534 runs were scored in 50 overs and Tettenhall College 1st XI chased an imposing 264 with four balls to spare and 8 wickets left in hand.

The first innings saw some brutal hitting at the top from Alex Grant and Bhadar Sandhu which saw an opening stand of 146 from only 14 overs. Alex Grant took on the mantle of big hitting, a theme of the day which led to 7 balls being lost in the surrounding grounds/stratosphere. After Alex reached his hundred, he retired (to the delight of everyone in the 1st XI) and a flurry of wickets fell but the damage had been done. Rahul Kaushal came away with very respectable figures of 2-18 from four overs, especially in the circumstances.

The 1st XI would need something special to chase such a target, which is what they got. Rahul Kaushal and Hector Williams flew out of the blocks and reached 168 for the first wicket off just 14 overs. Rahul departed for 67 and Hector followed the path trodden by Alex Grant in the first innings – departing for 93 off just 48 balls. Lawson Billingsley and George Shipway continued the destruction with 38 and 43 respectively, which saw the 1st XI get home in relatively comfortable fashion.

It was a hugely entertaining game played in good spirit throughout and saw the evening turn into catch ups amongst old friends. The school looks forward to seeing the alumni again soon!

Categories: Alumni Sport
Where Next?