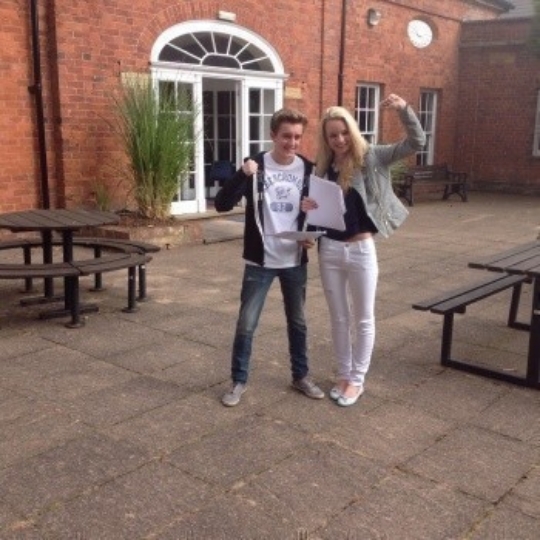 Eighty-one per cent of pupils gained five A*-C grades, with 29 per cent of grades at A* and A, compared with 24 per cent last year.

The School, one of the region’s leading independent schools, was also proud to reveal that a group of Year 10 pupils and one Year 9 pupil had taken their Maths GCSE a year early, with all achieving top A* and A grades.

Headmaster David Williams said he was very pleased with the results and congratulated all pupils.

“It has been an excellent year and we have some very high achievers,” he said. “Our pupils have worked really hard and we are delighted that their efforts have paid off.

“We are also pleased to report some pupils successfully taking their Maths GCSE a year early – they have bright futures ahead of them. Following our successful A-level results last week, where we reported our highest-ever A* and A performance, we feel it has been a very strong year for Tettenhall College and we would like to congratulate all our pupils; they are a credit to the School and the wider community.”

The Year group consisted of 28 pupils, the majority of whom will be staying on at the School to study A-levels.