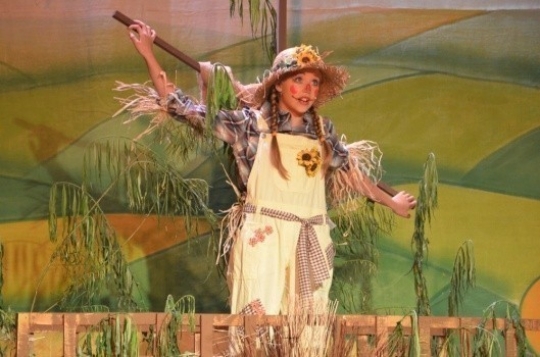 Around 70 pupils were involved in the musical, both performing and working backstage, and some former pupils have even returned to the school to help. The musical show tells the tale of what truly lies at the end of the rainbow in the Land of Oz.

Pupils performed to a packed audience of family and friends. Among the stars of the show was Freddie, who is a pupil’s pet dog, playing the part of Toto.

Director of Music Ian Wass said: “We had a fantastic time staging this vibrant retelling of the Wizard of Oz. The children all worked extremely hard and we have some very talented performers. It’s been a real team effort and we were delighted that it sold out.”

Pupil Ellen Walker, a talented illustrator, designed the show posters, ICT co-ordinator Diane Spencer has made the costumes and parents helped out backstage.

Categories: Performing Arts
Where Next?